This week we welcome Annika Merkelbach from Germany back to the show to talk about the upcoming skeptical convention SkepKon, GSoW and her series of interviews on Skeptical Inquirer’s website.
We also talk about the European Skeptics Congress to be held in Ghent the end of August, plus lots of news items and topics to mention include:
The Cancer Act 1939 of the UK, the latest wrongdoings of the Vatican, an Italian politician who’s been opposing mandatory vaccination being hospitalised with chicken pox, the death of HPV vaccine campaigner Laura Brennan and how her campaign must have saved a lot of lives, plagiarism made illegal in Montenegro after a long and interesting battle with the problem, an email by a listener bringing hope in the fight against bogus claims asking for support on Indiegogo, students in Oxford petitioning for climate change to be made a core part of the national curriculum in the UK, Holm Gero Hümmler’s new book on conspiracy theories and Jehova’s witnesses being under attack by authorities in both Sweden and the US for child indoctrination and sexual abuse.

We catch up with Annika Merkelbach regarding the upcoming SkepKon conference (take part in our raffel to win a ticket!) and her work with Guerilla Skepticism on Wikipedia and writing for the Skeptical Inquirer.

The Vatican is still no place for women; Cardinal who covered up abuse not allowed to resign; A US Catholic diocese sued on consumer protection grounds

IRELAND: HPV vaccine campaigner’s legacy will be to save thousands of live

MONTENEGRO: Plagiarism made illegal in the country along with other forms of misconduct

INTERNATIONAL: E-mail from the listener (re episode 158) Indiegogo does (at least nominally) have policies in place that can be used to appeal questionable projects

Jehova’s Witnesses child indoctrination in schools (+ plus US child molestation)

01:07:27 Quote and Goodbye
“An education isn’t how much you have committed to memory, or even how much you know. It’s being able to differentiate between what you do know and what you don’t.”
/ Anatole France, French poet, journalist, and successful novelist /

Two weeks into the new year, our first episode of 2019 is finally hear and we can only hope it was worth the wait.
With the whole team together again, we are bringing you topics related to the New Year, including resolutions and hangovers, plus some science history and how James Ussher determined the age of the world (incorrectly), how Pope Francis tries to talk about families when the church is in turmoil over sex abuse scandals, a design company standing up for science in Italy, where the resigning head of the National Institute of Health slams the anti-science government, organ donation becoming opt-out in Ireland, Natalie Grams getting a nomination for the Golden Blogger award with her Twitter account, a new petition to sue French government over inaction on Climate change, Edzard Ernst‘s new book SCAM coming out in German, a new Spanish award for standing up for Science, an update on Measles and Vetenskap och Folkbildning announcing winners of the Enlightener and Bewilderer of the Year awards.

While unfortunately Jelena is not present, this week we talk about an ET healer in the Netherlands before we share the latest updates on measles. The comes the outrageous fact that Germany has no official plan for a first contact situation and how religious taboos can cause trouble. El escéptico’s 50th issue is out now, while wet cupping is gaining ground in Amsterdam. Also, the pope gets poked again while pastafarianism doesn’t get recognised as a religion.

NETHERLANDS: “ET Healer” not prosecuted for possible contribution to suicide

INTERNATIONAL: MEASLES UPDATE: Finally it makes the news (but the reported numbers are too low)

SPAIN: Issue #50 of El Esceptico to be released

NETHERLANDS: Wet Cupping on the rise in Amsterdam

“Of a number of variant hypotheses about the same facts, that one is true which shows why facts, which in the other hypotheses remain unrelated, are as they are, i.e., which demonstrates their orderly and rational mathematical connexion.”

We comment on Stephen Hawking’s funeral and give a new update on the European statistics for measles (it’s bad).

James Braid (19 June 1795 – 25 March 1860) was a Scottish surgeon and “gentleman scientist”. He was a significant innovator in the treatment of club-foot and an important and influential pioneer of hypnotism and hypnotherapy. He is regarded by many as the first genuine “hypnotherapist” and the “Father of Modern Hypnotism”.

“Long experience has taught me this about the status of mankind with regard to matters requiring thought: the less people know and understand about them, the more positively they attempt to argue concerning them, while on the other hand to know and understand a multitude of things renders men cautious in passing judgment upon anything new.” 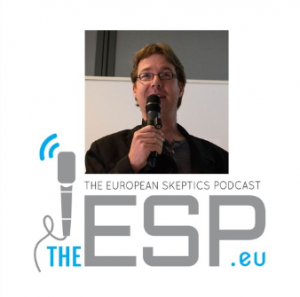 On this episode we interview Dutch mathematician and skeptical activist Pepijn van Erp to talk about his blog, his work at Stichting Skepsis and the Dutch skeptical magazine Skepter and all the topics that he likes to blog about ranging from Climate Change Denial to Conspiracy Theories.

Please also check out our event page at https://theesp.eu/events_in_europe

With minor changes having taken effect in the segments of our podcast, here we are with a new episode on which we talked about an Italian psychic, Facebook taking on fake news, Science Busters releasing the video featuring James Randi, Wikipedia vs Acupuncturist, Swedish skeptical awards announced and Retraction Watch having had a great year!

01:00:57
Quote
“The scientific man does not aim at an immediate result. He does not expect that his advanced ideas will be readily taken up. His work is like that of the planter — for the future. His duty is to lay the foundation for those who are to come, and point the way. He lives and labors and hopes.”
/Nikola Tesla – Serbian-American inventor, engineer/