This week Brian is back again and we look forward to the new year. One thing to note about 2020 is the Ratio conference in Sofia in Bulgaria in June and that the super early bird tickets already are released. Chris French is going, so why don’t you? Then Jelena tells us a ghost story from this week in 1762 that took place in Cock Lane, believe it or not.
In Pontus Pokes the Pope we hear about shady monetary shenanigans involving two sitting popes and how the Catholic church is now struggling to live up to the recent changes regarding so-called Papal Secrecy.
In the news we talk about the resignation of the Italian education minister, how the NHS in the UK is trying out ‘prehab’ for cancer patients and we check back on the Samoan measles emergency.
Further news takes us to Russia who has appealed the sanctions imposed because of doping scandals, and we go to Spain where homeopaths are trying to sue the government and then we are happy to hear that the charlatan John of God has been sentenced to 19 years in jail, albeit for rape rather than quackery.
We close the show by handing out a Really Wrong Award to the archbishop of Krakow who believes that Greta Thunberg is the Antichrist since she will not let him subdue the Earth.
Enjoy!

Recorded just before New Year’s Eve, we hope that we are now heading for the new ‘roaring twenties’. There will be new opportunities to meet other skeptics in the coming year, including at the Ratio conference in Sofia on 13 June.

0:08:18 THIS WEEK IN SKEPTICISM
On the first week of 1762, events started in London that includes murder allegations, a ghost and a haunted house. Stay tuned for the Cock Lane Ghost mystery!

0:54:01 REALLY WRONG
Archbishop of Krakow, Poland, Thinks That Greta Thunberg is the Antichrist

0:59:15 QUOTE AND FAREWELL
“The only victories which leave no regret are those which are gained over ignorance.”
/ Napoléon Bonaparte, (15 August 1769 – 5 May 1821), French statesman and military leader /

This week we had Ovidiu Covaciu back on the show to talk about his assessment of the situation in Romania regarding vaccinations and the spread of vaccine preventable diseases as well as things we can do to educate people into vaccinating. He also talks about his massive hit of a Facebook group where they spread correct information on vaccinations.

Please also check out our event page at https://theesp.eu/events_in_europe

00:00:27
Greetings
Andras is officially a candidate for the Parliament of Hungary in his district
The official website of the Office of Elections

Link to the Facebook group (Vaccines and Vaccinations – clarifications and support for parents.) 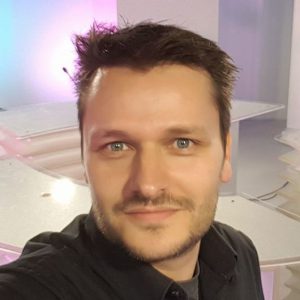 This week we interviewed Florent Martin, who’s one of the founders of the French organisation Observatoire Zététique that investigates unusual claims in Grenoble and all over France.