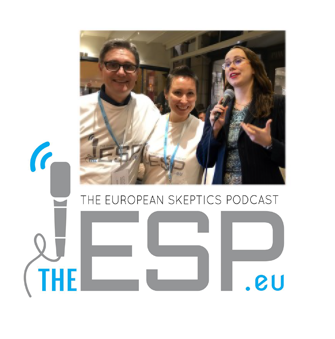 Claire Klingenberg sits in for András on this episode where the Pope blames the devil for revealing all the bad stuff he is responsible for.
This week in 1895: The birth of Chiropractic.
Also, fake cancer cures take several hits, an overlooked astrophysicist finally gets the recognition she deserves and a brave pharmacist in Germany takes a stand against homeopathy. We learn that cannibalism is bad for you and other good stuff as we celebrate the newly announced Ig Nobel prizes.
Short random announcement: Please note that it must be parasite season, but that reason and logic will always prevail.
We conclude this unusually positive episode by a Really Right award concerning CRISPR research.

The Pope blames the devil for revealing abuse – and boy is he!

INTERNATIONAL: Swedes share more fake news than any others in Europe

GERMANY: A Pharmacist in Bavaria has removed all homeopathy from her displays

00:40:28 Really Right: Researchers are fighting back on the EU decision that Crispr should be banned as GMO

“It is no good to try to stop knowledge from going forward. Ignorance is never better than knowledge”
Enrico Fermi, Italian and naturalized-American physicist and the creator of the world’s first nuclear reactor